Non-playable characters - is a main game unit which building the game process: there are enemies, friends, items, power-ups, sceneries, etc. Each NPC have it's algorithm, and can be programmed. 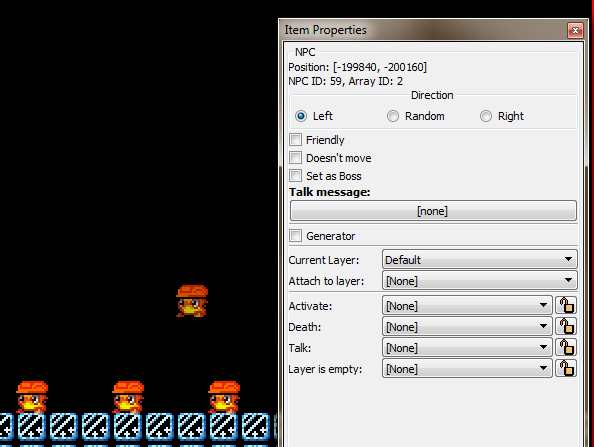 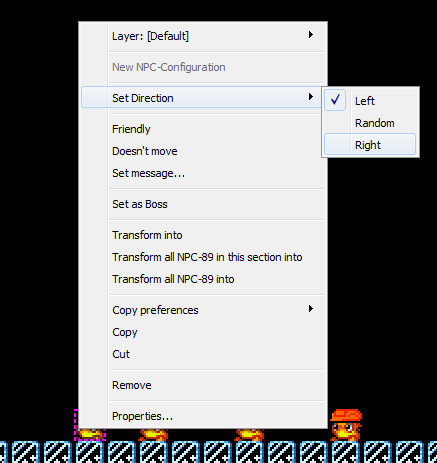 Each NPC have switches and flags: 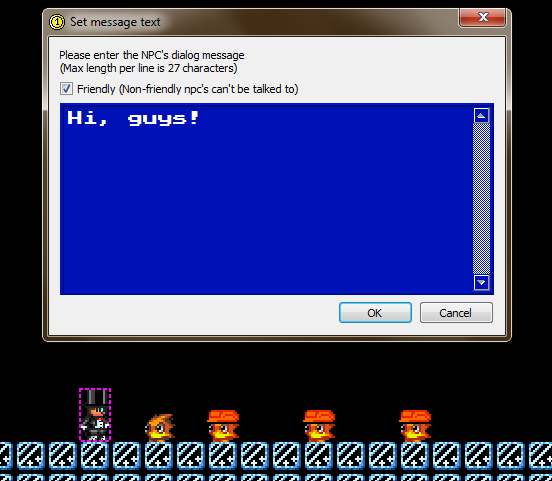 Note: Don't forget: all new-line characters will not work correctly with SMBX. Use the extra-spaces to make a pseudo-new-line.

Some NPCs can have a special values:

Each NPC have the event slots:

Activate - This slot activating then NPC will appear on the player's visible zone.

Death - This slot activating then NPC will be defeat, destroyed, kicked or taked (coins, power-ups, etc).

Talk - This slot activating them player was talked with this NPC.

Layer is empty - (In SMBX this option named as "No more objects in layer") this slot activating when activated the "Death" slot and when on the same layer which is an owner if this NPC no more another objects. 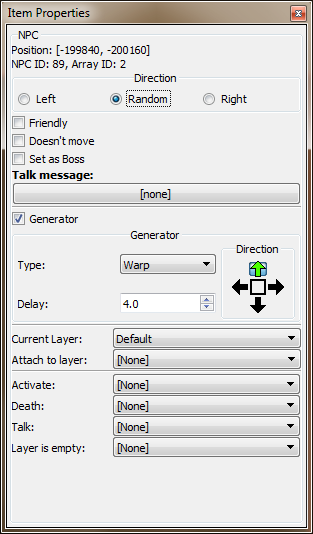 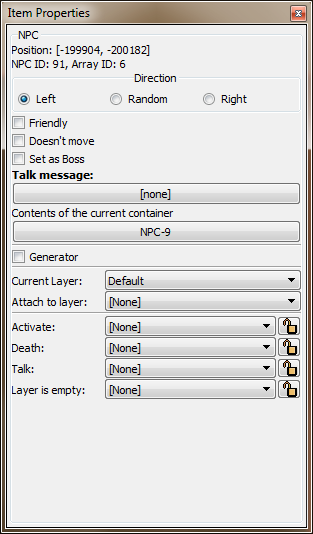 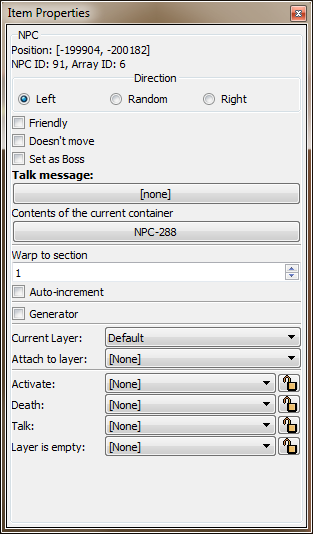 All, who working with SMBX, know the "Egg", "Buried", "Bubble" and "Lakuti" flags. These flags packing selected item into the special NPC which calling as Container. Container can have included into them NPC's which can be extracted when container will be destroyed, or will be spawned by container before it will destroyed.

In the SMBX we are pressing the "Bubble=Yes" or "Buried=Yes" to place "Packed into the herb" or "Packet into the bubble" NPC.

In PGE-Editor you can edit Containers. And therefore, for example, Herb will be more useful in the SMB2 group, because "The Lakutus are throwing Lakitus!" in the SMBX - is a secret tab which need for a lot of actions to open them. Even in the PGE-Editor same "tab" is a non-secret "group". To place "burred" items, we should select "herb" item and set its content before we will place them or you can set contents to already placed items by editing it's properties. In the PGE secrets are absence - all Free and Open Source!

If we will pick up any NPC from the "Containers" cathegory and they will be placed to the map with empty contents: 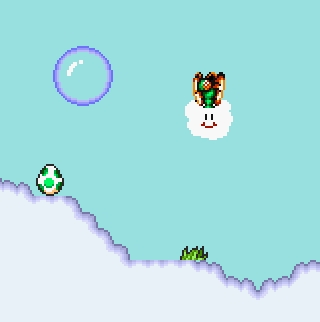 But how to place them with contents?

For already placed containers we can select alone or a group of NPC-Containers and open "Properties" item of context menu: 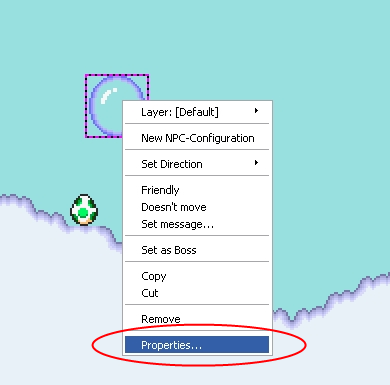 Now we should click to the "[empty]" button to select target NPC as "content" of this container(s): 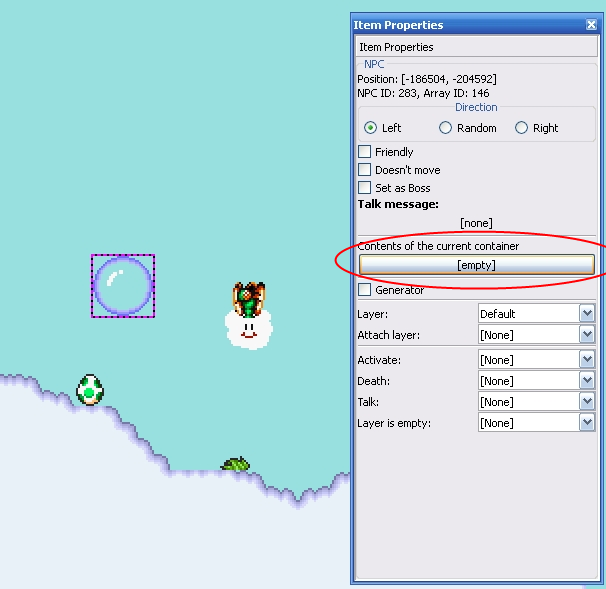 Here you can select necessary NPC which will be included into our container(s): 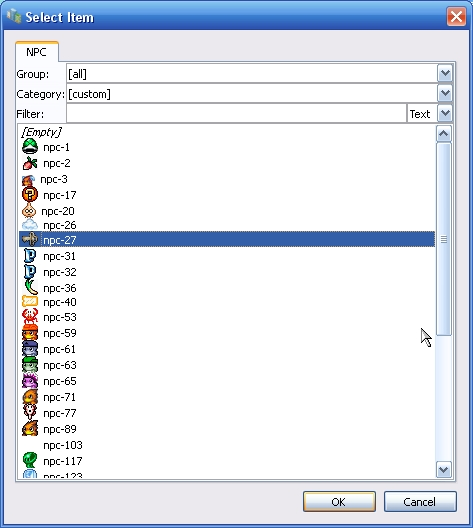 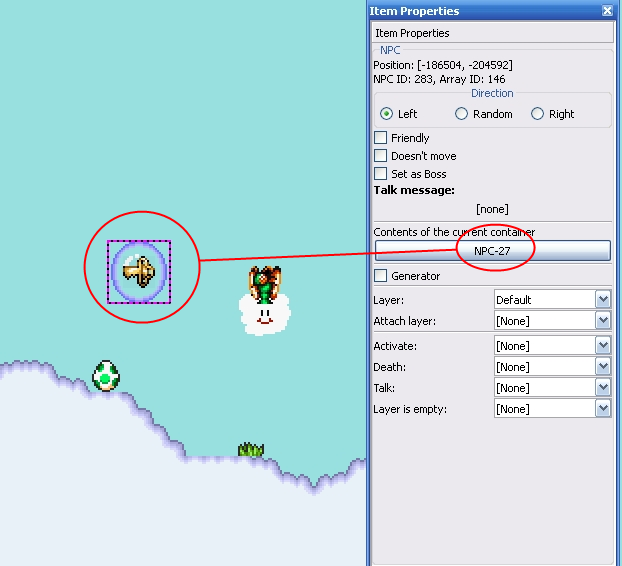 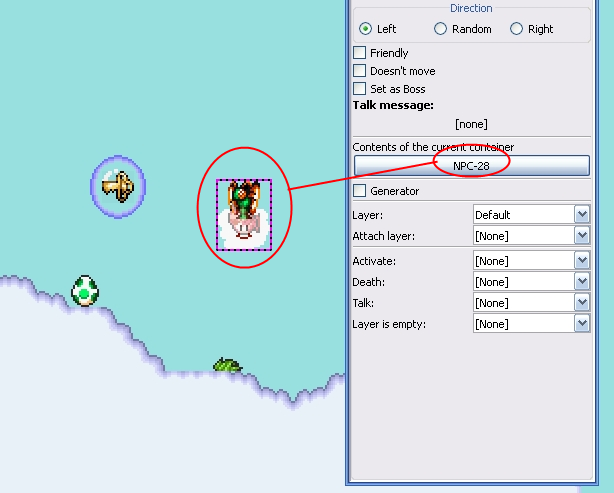 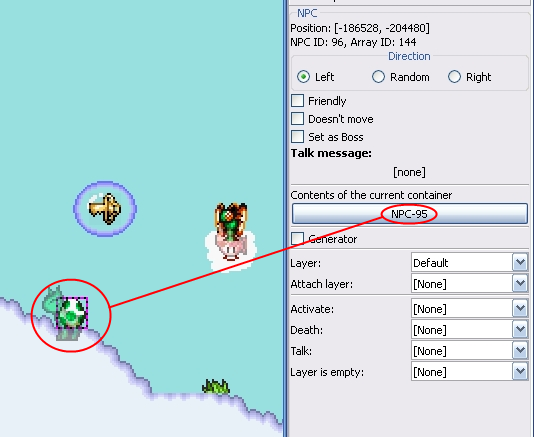 But how to place container with already included content?
1) Take necessary NPC from the item toolbox: 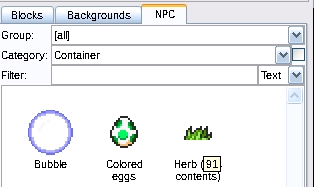 2) Set in the opened Properties window contents of NPC and after place them to the map: 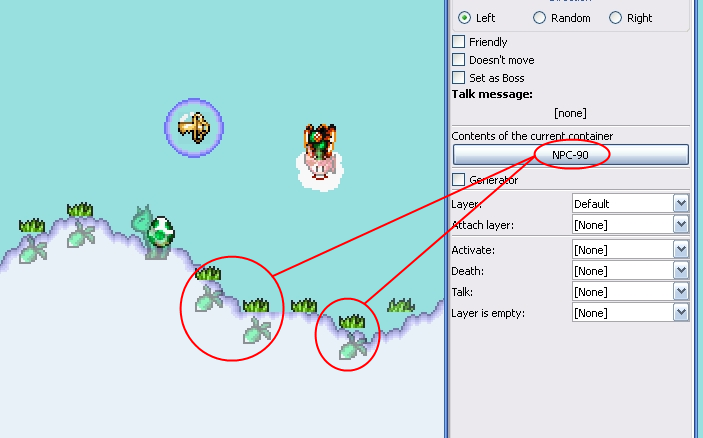 NPC will be appeared every time delay by two methods: warp and projectile.

Warp - NPC will appear smoothy and will start it's regular movement on appear.

Projectile - NPC will be sharply shooted from the generator.

In SMBX Editor generators haven't markers. In PGE Editor each generator have his marker as generator direction arrow: 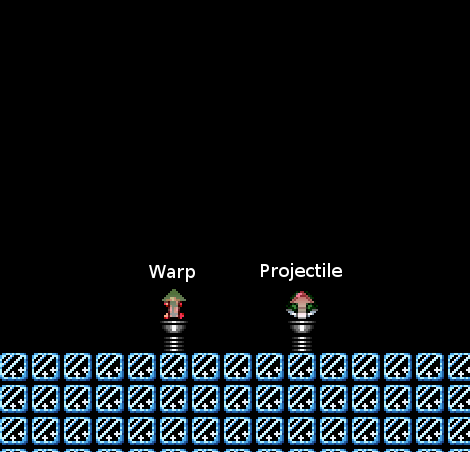 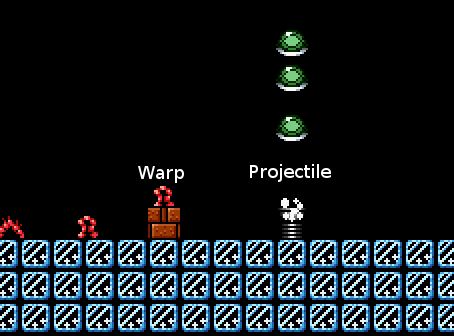